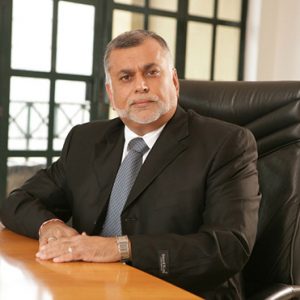 Dr. Sudhir Ruparelia is the founder and chairman of the Ruparelia Foundation. Born in 1956, in Kabatoro- Kasese district. Dr. Ruparelia’s story of entrepreneurship is an inspiration in hard work.

In 2015, Dr. Sudhir Ruparelia was listed as the 27th wealthiest individual in Africa. He is most often in the public spotlight for his contribution towards the economy of Uganda as he was awarded the Golden Jubilee Presidential Medal by the president of Uganda, His Excellency President Yoweri Museveni on 9th, Oct, 2013.

On 25th, Oct, 2013, Dr. Sudhir was awarded the Honorary Doctorate of Laws by Uganda Pentecostal University and 2018, he received East Africa Business award. He was voted for his inspiration in Business Leadership for many people in the East African region.

In 1972 at the age of 16, Dr. Sudhir moved to the United Kingdom with his parents after the expulsion of all Asians from Uganda by the ruling president dictator Idi Amin Dada. While in UK, Dr. Ruparelia worked odd jobs in factories, supermarkets and butcheries to put himself through A’ level. It was from such odd jobs that the then young and enthusiastic Sudhir made his first real savings.

In 1985, Dr. Sudhir returned to Uganda with US$25,000 earned from several casual jobs in UK. No challenge would stop the business enthusiastic Ruparelia, not even the ban on beer and spirit importation from Kenya, a business he had just started. This only pushed him to be more innovative which saw him start up Crane Forex bureau the first ever forex bureau in Uganda. Since then he has built the largest portfolio of properties in Uganda compromising of prime commercial, industrial and residential properties mainly in Kampala. He has further invested in the insurance, Hospitality, Education, Floriculture, Media and Leisure industry forming Ruparelia Group of Companies. Dr. Sudhir Ruparelia is married to Jyotsna, and they have three children: Meera, Sheena and Rajiv.